The Britten Pears Archive in Suffolk, England was designed to preserve composer Benjamin Britten’s comprehensive archive and serve as a public exhibition space.

The building protects the world-class and fragile collection of music, manuscripts, letters, photographs and recordings from the great composer – all without the aid of mechanical temperature control. This is possible due to good thermal shielding which is provided by natural and sustainable clay brick masonry.

The envelope of any modern building must fulfill a number of requirements. It needs to protect from rain, hail and wind, fire, flood and of course crime and civil unrest. It must also block street and neighbourhood noise, and provide comfortable living spaces in the heat of summer and the cold of winter.

In order to meet multiple requirements, most wall structures are layered, with each layer fulfilling one or more functions.

The concept of Thermal Mass is well understood by architects, and is implemented as a double-leaf cavity wall.  Specifically there is usually one layer of lightweight thermal insulation, between inner and outer leaves of denser material.

Materials like clay brick provide structure, moderating internal temperature changes by slowly absorbing heat from the sun during the day, and then conducting it through the wall to warm the home at night.

In his 2015 research paper “Contribution of thermal resistance and thermal mass to the energy demand of walling systems“ Dariusz Alterman of The University of Newcastle, describes an experimental investigation of the thermal performance of four common walling systems for housing.

Altherman explores the concept of Thermal Shielding.  When the outer walling material has a high thermal capacity, it absorbs considerable amounts of heat as the external temperature rises  - and there is a long delay before any heat is transmitted to the interior space.

The key to understanding the benefit of thermal shielding is the variance between maximum and minimum temperatures inside the house, compared to the temperature extremes outside. By controlling the Decrement Delay it is often possible to control and prevent the overheating of a building.

The ability to moderate the internal temperature of buildings is a contributory factor to human comfort. When this can be achieved by the selection of the right construction material rather than heating and air-conditioning, huge energy savings can be achieved over the lifetime of the building.

Caption: The Britten Pears Archive by architects Stanton Williams has been designed to use well insulated walls of solid load-bearing brickwork to help moderate the temperature and relative humidity between the outside environment and the valuable materials within.

This building is a real-life demonstration of the effect of Thermal Shielding where the fabric of the building envelope forms an integral insulating layer resulting in improved human comfort and environmental sustainability. 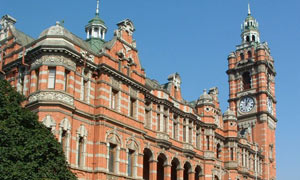 Clay brick has a lifespan of over 100 years, making it ideal for long lasting South African social and residential infrastructure. 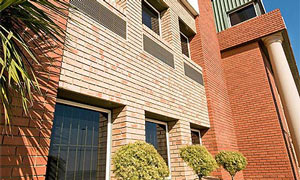 Due to its high thermal mass, clay brick stays warm in winter, and cool in summer, reducing your carbon footprint & energy costs. 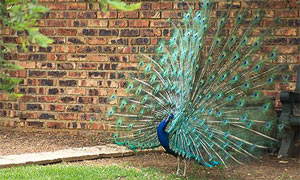 Clay brick homes and social infrastructure are not just beautiful, they are a solid investment.